The Cambridge Society arranges a number of events each year, from a black tie annual dinner to family days out at the planetarium, which provide new and old members from all over the world and all matriculation years with the opportunity to meet.

Most events are arranged together with the sister Oxford Society, which has a similar relationship with Belgium, whilst several are arranged with other alumni organisations for example Yale, Harvard and Columbia.

A highlight is the Annual Dinner, held every January in the splendid premises of the Club du Premier Régiment des Guides or the wonderful Cercle Gaulois

Always of great interest to members have been the guest speakers at Annual Dinners or  Speaker Events. In the recent past Speakers have included:

The annual cocktail in June is the high point of the society’s summer calendar, which also includes an annual Croquet match against Oxford, golf matches and visits to private gardens.

The Society also organises midweek speaker meetings, where politicians, authors and thinkers give members a unique, off-the-record insight into their latest projects as well as taking questions from the floor. These are usually followed by a meal, giving events a social aspect as well. 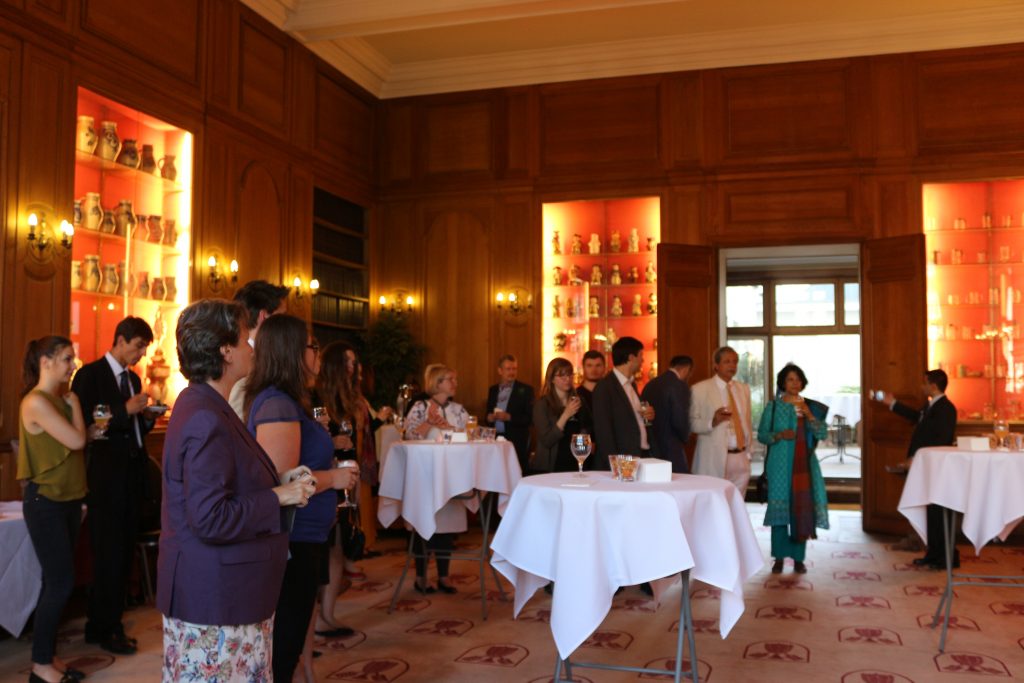