We are most pleased that the dinner will again be held at the “Club des Officers du Premier Regiment de Guides",  32, rue d’Arlon, Brussels 1000, close to Luxembourg Station.

Some details of the presentation here 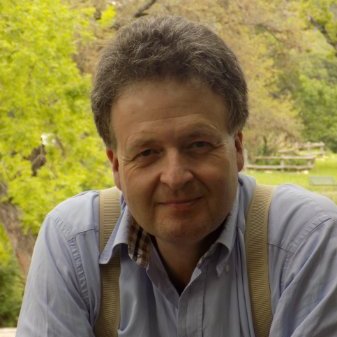 Professor William Nuttall is a renowned academic, researcher and expert on issues of technology and policy especially in areas concerning energy policy, nuclear energy and advanced nuclear technologies. His engagement with the Cambridge University stretches back to 2002 when he started teaching Technology Policy, a shared course between the Judge Business School and the Department of Engineering. Since than, he has also had appointments with the Cambridge Nuclear Energy Centre and the Cambridge Centre for Science and Policy. Since 2012 he has moved to take up the post of Professor of Energy at the Open University in Milton Keynes. He is also a Fellow of Hughes Hall.

In his rich career, Professor Nuttall's expertise has been acknowledged by a number of distinguised institutions. He is a Fellow of the Institute of Physics. He is Chair of the Editorial Advisory Panel of the Institution of Civil Engineers' journal ICE Proceedings - Energy. He serves on the Nuclear Power Committee of the Institution of Mechanical Engineers. He is a member of the International Organising Committee of the series: International Conferences on Technology and Innovation. He is Co-director of the EPSRC-funded ICO-Centre for Doctoral Training in Civil Nuclear Energy for Global Markets. As an experienced commentator on energy-related issues, he has spoken at the request of the European Commission, the UK government, the UK parliament and various news media.

In his talk at the annual dinner he will draw upon the many facets of the project to build the British supersonic aircraft, TSR-2. Although Professor Nuttall's speech will be anchored in the story of how the aircraft was developed, he will use it as an example to discuss and comment on contemporary issues important for the British society and its place globally.

We would like all members to feel they can attend (partners welcome, if space allows!). Accordingly, whilst the full ticket price for members & their partners is €60/head,  we would like to offer two special concessions. Firstly a special price for members under 30 of €40/head and secondly the possibility of attendance subsidised by society funds if anyone should be in a position of genuine need (please contact our Hon Secretary, Matija or our Hon. President, Steve).

The price for non-member, non-partner Cantabrigians guests is €70.

Please confirm your attendance before Saturday 20th January and make your payment to the Cambridge Society bank account (BE26 0689 0251 7329 in the name of "Cambridge Society of Belgium”)  mentioning "Annual Dinner 2018".

Your participation is confirmed once your payment has been received.

Please note, that no refunds for cancellations can be made after the 20th January.