The CamSoc Committee is delighted to invite you to the annual summer cocktail, on the day of the Summer Solstice itself, 21st June 2018.

Members and their guests will be heartily welcome from 7 to 10pm at the Spiegelzaal (Hall of Mirrors) in the historic building of the Flemish cultural centre De Markten, at the Oude Graanmarkt / Vieux Marché des Grains 5, 1000 Brussels, to celebrate the beginning of summer among friends at CamSoc’s last get-together before the long vacation gap.

The Society is also honoured to have as its guest speaker top diplomat Dr. Johan Verbeke,  Director-General of the Egmont Royal Institute of International Relations, the Belgian Foreign Affairs Ministry’s think tank. Dr. Verbeke has been with the Foreign Ministry since 1981, and served as Permanent Representative of Belgium to the United Nations, overseeing Belgium’s presidency of the UN Security Council in 2008. Afterwards he remained in the UN’s service with the rank of Under Secretary General before becoming Belgium’s ambassador to the United Kingdom, and the United States after that. Dr. Verbeke will speak to us on Belgium’s ambitions for the UN Security Council and Belgium’s diplomatic place on the global stage.

Attendance to the cocktail is free for paid up members, who are welcome to bring guests for a €10 contribution. Please signup before 18th June by emailing secretary@camsoc.be

Would you be willing to help out for a short time at this event, manning the bar? We’d be so grateful! If you’re willing to lend a hand get in touch with our VP Kenneth: vp@camsoc.be 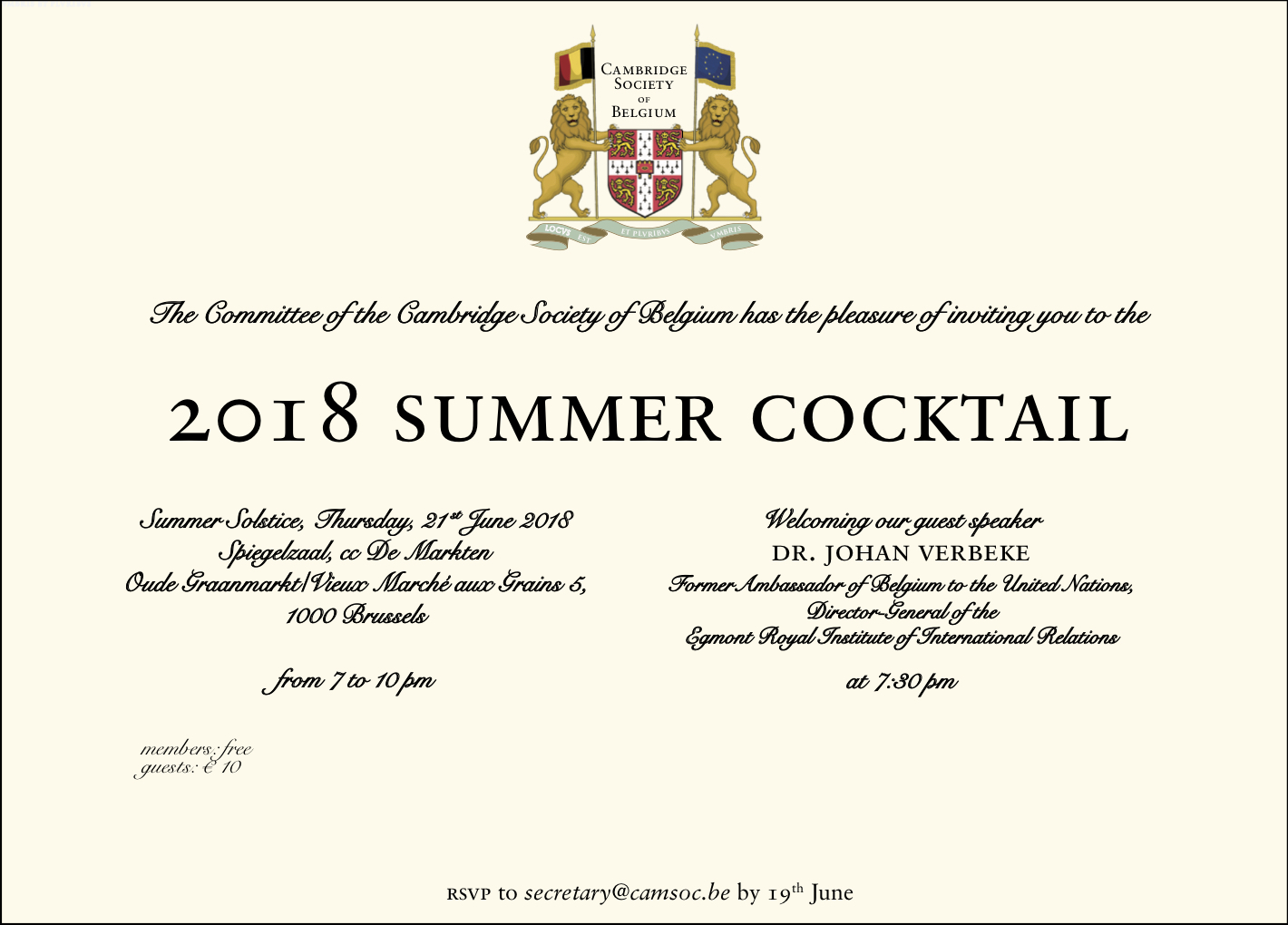