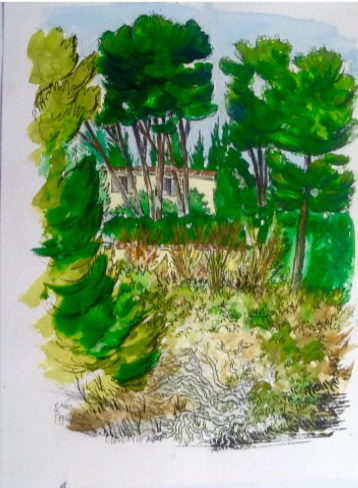 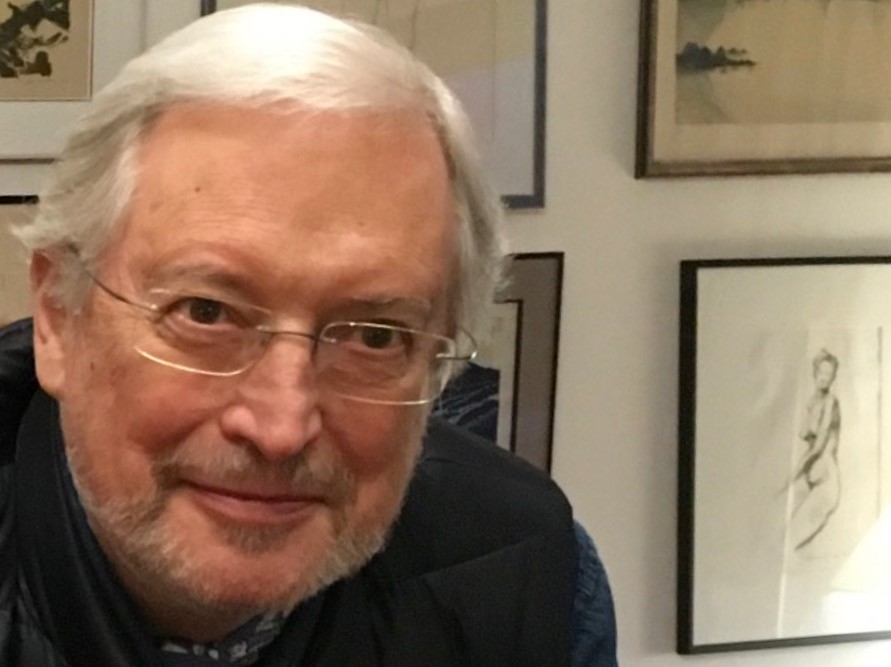 John Underwood has been many things:

Cambridge University graduate, journalist, translator, conference interpreter, singer. But the constant factor in his life, since his birth near London, England in 1941, has been his need to paint and above all to draw. His brain, his eye and his (left) hand have worked together since childhood to produce work where a calligraphic line dominates, and spontaneity, not to say speed of working, engenders dynamism and movement.

His work was first exhibited when, aged 10, he won a prize from the Royal Drawing Society of London. In recent years, he has shown his works in Brussels, Belgium, though they feature in collections as far afield as the USA.

He has worked on landscapes, mountain scenes, townscapes, magazine illustration, stage design, satirical cartoons, azulejos panels, "portraits" of trees, and, perhaps above all, on nudes. He says "I value the deeply human process of expressing the model's presence : I am simply an interpreter of the model. I am at her (or his) service".

"I work," he says, "in a humanist tradition, a celebration of the world around. It goes back some 30 millennia, to the cave-painters of Lascaux or Altamira. I expect it, in millennia to come, to outlast every passing modernism or post-modernism.

It is the brain-eye-hand gesture. It is life-asserting. It combats entropy."